Volunteer on Tenerife: help and learn on an organic finca

Work Exchange/ WorkAway on Tenerife: Travel cheaply, learn and help. This is the concept developed by WWOOF (Worldwide Opportunities on Organic Farms) in 1970 in England by Sue Coppard. Over the years, other platforms such as WorkAway, helpX, hippohelp, volunteerbase, helpstay and of course various groups on Facebook have emerged. The basic concept of the Work Exchange is that travellers – WWOOFers, WorkAwayers or volunteers – support a host in his or her work with time and skills.

Many see this as a fair deal, some see themselves as cheap labour, as the work is not paid.

WorkAway on Tenerife: Work Exchange on an Organic Finca

Creating a food forest requires not only know-how, but also a lot of muscle power and work. Once the forest garden has been properly planted, it still needs a few years of cultivation until it mutates into a self-sustaining biotope.

8 reasons why Work Exchange – whether through WWOOF, WorkAway, helpX, volunteerbase – is a great deal even though you don’t get paid:

Why do hosts offer the opportunity of a WorkExchange?

Work Exchange hosts often have very simple reasons why they participate in such programmes. Often there are larger plots of land, farms, fincas or larger houses behind them, which also require a lot of work, their own children are out of the house and there is plenty of space. For many hosts, money doesn’t even play a big role, but rather temporary projects for which they want uncomplicated support.

For the WWOOFer or Workawayer, this means that he usually comes to places that he would never find or visit as a tourist. They meet people who usually have nothing to do with tourism, but often have their own life stories and experiences to share.

How does such an exchange work?

Most platforms work according to the same principle. The host has his own mask on which he presents himself and his project, and anlalogue also the WWOOFer or Workawayer, or volunteer. Both the volunteer can contact the host and the host can contact the volunteer. Depending on how comfortable the platforms are equipped, they function similar to a dating platform, where proposals are made according to certain commonalities.

WorkAway on Tenerife: What are the tasks to be done?

The tasks can be of very different nature, e.g.

The details are important:

Most of the time, the work exchange brings together different people of different ages, nations, religions, levels of experience, etc. It is important to communicate clearly and honestly what you expect and offer from each other. It should be communicated clearly and honestly what is expected and offered from each other. Understatements or exaggerations can be unpleasant for both sides. It is more sensible to cancel a host or WorkAwayer than to go through a mutually unsatisfactory time. Volunteering on an organic farm in Tenerife can be an extremely positive experience for both sides, but it can also lead to frustration and disappointment.

Typical sticking points that can lead to mutual dissatisfaction:

Volunteers, WWOOFers, WorkAwayers etc. should be aware that the host has a problem or concern that they would like to resolve with an exchange. So check in advance if you are able to solve the problem. If so, it should be a positive experience for both parties. If you have completely different goals, then look for another host or consider a hotel holiday.

Permaculture and food forests are serious alternatives to industrial agriculture. They are more small-scale, avoid the use of chemicals, work with nature and not against it. Once such projects are properly set up and established, they can feed families or even entire village communities. However, setting up such projects involves a lot of manual labour and often takes years.

Our Food Forest Ecotava project was started in 2019 on a fallow land, the basic structure has been laid but still needs a lot of maintenance. The project pursues several goals, among others as a showcase project for imitation in a region where ecological agriculture does not yet play a major role. In a region that used to be agricultural, but today young people have little interest in traditional agriculture. Workaway on Tenerife. Volunteering on Tenerife. 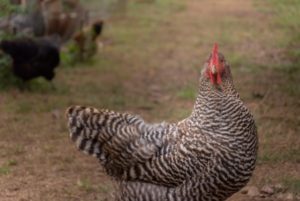 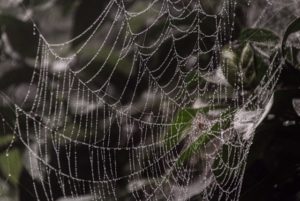 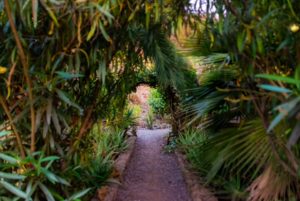 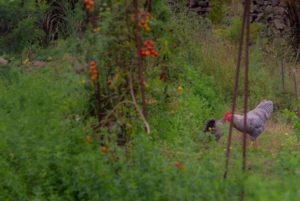 We use cookies on our website to give you the most relevant experience by remembering your preferences and repeat visits. By clicking “Accept All”, you consent to the use of ALL the cookies. However, you may visit "Cookie Settings" to provide a controlled consent.
Cookie SettingsAccept All
Manage consent

This website uses cookies to improve your experience while you navigate through the website. Out of these, the cookies that are categorized as necessary are stored on your browser as they are essential for the working of basic functionalities of the website. We also use third-party cookies that help us analyze and understand how you use this website. These cookies will be stored in your browser only with your consent. You also have the option to opt-out of these cookies. But opting out of some of these cookies may affect your browsing experience.

Necessary immer aktiv
Necessary cookies are absolutely essential for the website to function properly. These cookies ensure basic functionalities and security features of the website, anonymously.
Functional
Functional cookies help to perform certain functionalities like sharing the content of the website on social media platforms, collect feedbacks, and other third-party features.
Performance
Performance cookies are used to understand and analyze the key performance indexes of the website which helps in delivering a better user experience for the visitors.
Analytics
Analytical cookies are used to understand how visitors interact with the website. These cookies help provide information on metrics the number of visitors, bounce rate, traffic source, etc.
Advertisement
Advertisement cookies are used to provide visitors with relevant ads and marketing campaigns. These cookies track visitors across websites and collect information to provide customized ads.
Others
Other uncategorized cookies are those that are being analyzed and have not been classified into a category as yet.
SPEICHERN & AKZEPTIEREN